The exotic location of Vizhinjam along the picturesque shoreline of the Laccadive Sea, situated at a distance of 2 kilometres southward from Kovalam, makes it a popular picnic spot among the international travellers and the local holidaymakers as well. 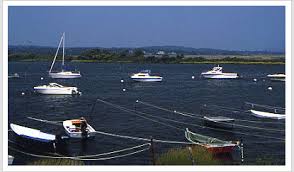 The neighbourhood of Vizhinjam is considered to be an old port along the Malabar Coast. The port was supposedly operational during the existence of the Dutch and Portuguese settlements in this region. The area is now used by the regional fishermen for catching saltwater fishes. A lighthouse in the locality serves as an interesting landmark and is worth visiting. An ancient church founded by the Portuguese tradesmen close to the coastline continues to run a ministry. This old church, which is also called Old St. Mary’s Church, is popular locally as the Old Vizhinjam Church. The Old St. Mary’s Church is sited at the waterfront used by the local fishermen.

Attractions in Vizhinjam for the sightseers and picnickers include the ancient cave temples of Kerala. These cave temples of Kerala, which have been grouped into three categories, are positioned across several locations in the southwestern part of Indian mainland including Vizhinjam. The cave temples located in Vizhinjam belong to the southernmost group and are ancient shrines dedicated to worshipping a Shivalinga. One of the most visited caves belonging to this group contains the panorama of the conflict between the Ay rulers and the Pandyas. Carving of Shiva in various dance forms accompanied by his consort Parvati and the Shiva Kirata Murti are the other major attractions in the cave, though incomplete. 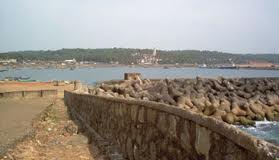 Other Places of Interest in Vizhinjam

The picnickers in Vizhinjam can explore the local centres for ayurvedic healing found in and around this area. These ayurvedic centres in Vizhinjam dot the entire area and draw people from near and far. A short visit to any of luxurious beach resorts located across this region is also a unique way to enjoy picnicking in Vizhinjam.

The international route for marine transportation is situated in the vicinity of the natural harbour in Vizhinjam. This scenic harbour is always worth a visit by the sightseers here as the pictorial setting here offers panoramic views of the Laccadive Sea reaching out to the horizon, the port and the waterfront being dotted with the fishing liners. Persons interested in photography can get some of the finest shots of the Arabian Sea from the port at Vizhinjam.