Ben, a U.S. citizen, has always been fascinated with idols of Hindu deities whenever he visits his

Indian friends who are settled in the U.S. Planning for vacations, he decided to travel all the way to India and explore the architectural beauty and historical significance of temples in Thiruvananthapuram, a place where he had a few family friends.

But Ben was in for a big surprise when he discovered that there are more than 2000 temples in and around this city! By the time he would finish visiting all of them, he would himself have become a monk!

Ben has seen idols and pictures of Lord Shiva in various forms - as Natraja, the Lord of dance or Neelkanth, Lord with a blue throat due to the poison he drank to save the devas from asuras. Shiva carries a trident or trishul which represents three gunas in our life namely, sattva, rajas and tama. The crescent moon on the forehead give him the name Chandrashekar and His damrusignifies the sacred sound of 'om'. Under his feet is asura signifying ignorance. With his wife Parvati, he symbolizes Ardhanarisvara form. 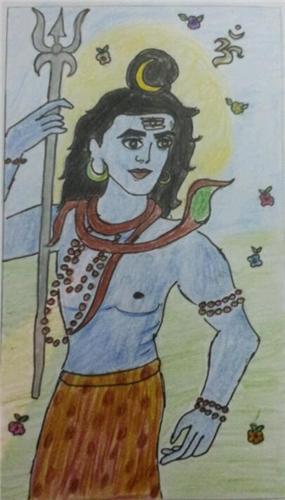 Shiva Temples in and around Thiruvananthapuram

A tourist at heart, Ben planned his visit well in advance and landed in Thiruvananthapuram. He made up his mind to visit only Shiva temples this time. His experience in each temple, the marvels he came across were penned down in the mini diary on his android phone. This is what he got for his friends - some architects, historians, sociologists and anthropologists.

Madavoorpara cave temple, a protected site now, has been carved out of a rock. A bamboo bridge takes you to the top of this rock where a small hut rests with benches inside. Children playing in the park is such a colourful sight. 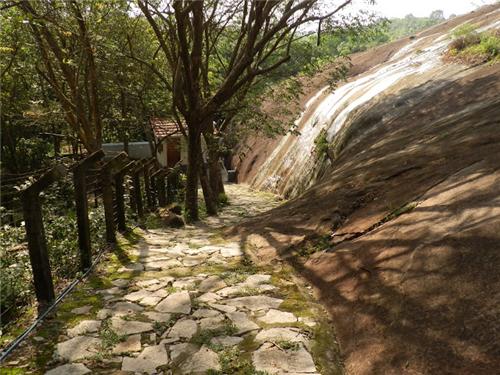 Cave temples are not very common in Kerala. However, there is another cave temple in Vizhinjam. Madavoorpara is 8 kms. from Sreekaryam Junction and 18 kms. from Trivandrum.
Open on all days.

A very ancient temple which existed even in 9th century, it consists of idols of Sri Krishna or Vishnu (which was installed to subdue the ferocity of Shiva) and also an idol of Ganesha and serpent gods, all facing towards East. The new temple is located outside North Fort. Devotees throng this temple during Maha Shivratri. 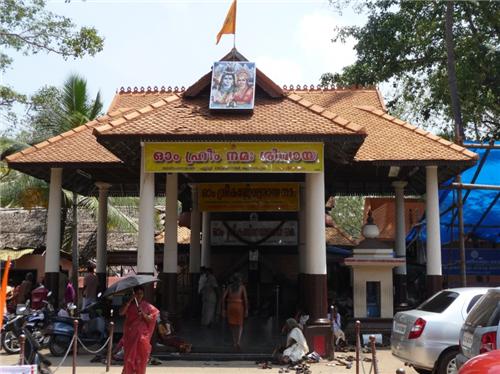 Two important deities in this temple are Lord Shiva (Swayambhu Shivalinga) and Maha Vishnu placed in the sanctum sanctorum or  sreekoil. This temple must be 700 years old! Just like the pond, even the idols face towards the East. This temple is about 3 kms. from Trivandrum Central Railway Station.

This temple is known for its architectural beauty. Devotees come here for performing rituals and making offerings. The colour of the temple is off white and comprises of beautiful carvings on the wall. 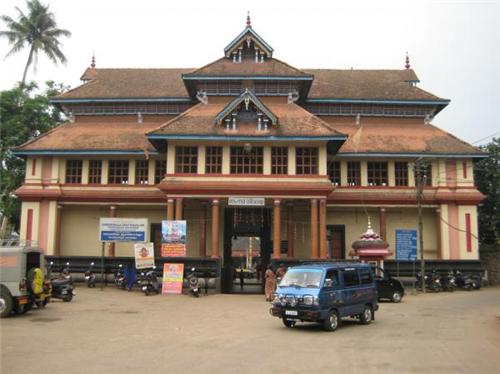 Located at Poojapura, 5 kms. from Thiruvananthapuram Central Railway Station, the shivling is worshipped in this temple. Peacocks, a holy water tank and idols of upadevathas (sub-deities) Lord Subramania, Lord Ganesh and Nagaraja attract devotees to this temple. The temple is crowded during Maha Shivratri.

Darshan:
Morning - 5.20 AM to 10.00 AM and 5.00 PM to 8.00 PM
The temples in Thiruvananthapuram were places of worship, of vedic learning and some are marvels of architecture. Ben's tour was more about knowing stories and legends associated with these temples, about war and religion, about worship, art and architecture. The Natraja statue Ben got from India still reminds him about his religious sojourn. What he most imbibed from this tour was internal peace and serenity and self-awareness which every religion teaches.