Thiruvananthapuram to Munnar by Road

One of these most striking locations near Thiruvananthapuram is the picturesque hill station of Munnar where the undulating slopes thickened with lush greeneries offer some of the most scenic views amidst an opulence of the charming natural splendors. It takes only a little more than 6 hours of a drive to reach Munnar from Thiruvananthapuram by road. 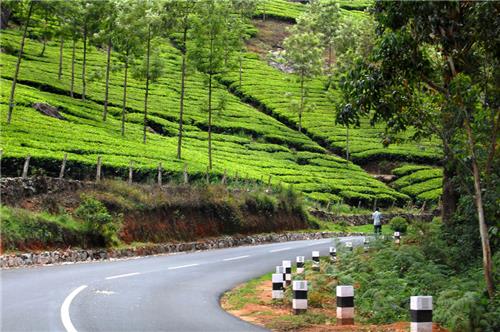 Transport Facilities from Thiruvananthapuram to Munnar

Positioned about 278 kilometres away from the town of Thiruvananthapuram, Munnar is a picturesque hill station where visitors from near and far arrive to enjoy weekend trips. Most of these tourists travel to Munnar via the major cities of Kerala, which include Thiruvananthapuram, a short drive being the ideal means to get in Munnar from these cities. It is in fact the best option for the sightseers to enjoy the breathtaking views of the roadside setting along the way to Munnar.

Route from Thiruvananthapuram to Munnar

On the road route via the Main Central Road from Thiruvananthapuram to Munnar the visitors should travel towards the northeast direction up to Housing Board Thampanoor Road and then from the roundabout, which comes next at a distance of about 60 metres, the travellers should start moving on the Thiruvananthapuram Bakery Palayam Road moving past the Thampanoor Police Station on the right hand side of the road.

From the roundabout they should turns left onto the National Highway 47/ Palayam PMG Road at 300 metres. The route then continues along the roundabout to the 2nd exit onto the Main Central Road at 3 Kilometres past Vijaya Bank, past Lutheran Church on the right along the Main Central Road and at 11 Kilometres turns left at Vembayam. After a distance of 38 Kilometres the route continues on the left at LMS LP School continuing past the IOC Petrol Pump.

From Sasthamkotta Road to Munnar

The road to take for Munnar after leaving the roundabout is the Sasthamkotta Road, which is also called the State Highway 37 or NH 183A and after continuing past the Geo Graphics a sharp right at Adoor Central turns the route to Kayamkulam-Pathanapuram Road after the park comes on the right the route continues along the Adoor-Anandapally-Thumpamon Road, which also known as the Adoor-Kaipattoor Road. The route further continues along this road after the Sreyas Book Centre to the right from Andappalli Junction and then again turns left to the Adoor-Kaipattoor Road.

After leaving St. Georges Church on the right the route continues to the left along the same road and after driving past the Government Vocational Higher Secondary School on the right the travellers should take the 2nd exit at the roundabout and continue along the same road. After leaving the Real Bakers at the right hand side they need to turn left to get on the Ring Road, also known as the State Highway 7 or the Thiruvalla-Kumbazha Highway.

After moving past the Manimala Service Co-Operative Bank that comes on the right the route moves to the right. After leaving the St. Mary’s Church on the left at Cheruvally the route moves a little right and continues on the Kanjirappally Manimala Road. Mar Aprem Medical Centre comes on the left and then the route moves right from St. Martin de Porres along the Kanjirappally Manimala Road. After moving past the Kallinkal Rubber Factory that comes at the right hand side of the road, travellers need to turn a little right at Sahrudaya Public Library up to the Kollam – Theni Highway, also known as the National Highway 220.

The route moves left from here at a distance of about 900 Metres andthen moves right from the Forest Check Post up to the Kallarkutty Dam Road. The Panamkutty Bridge comes to the right at 750 Metres and the route moves right up to Adimali-Rajakad Road after about 5.2 Kilometres. 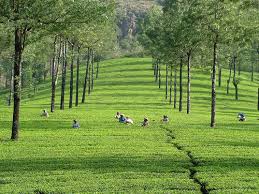