Thiruvananthapuram to Kanyakumari by Road

Embellishing the southernmost coasts of the Indian Subcontinent, stretches out the city of Thiruvananthapuram, the capital of Kerala. This picturesque town, spread over a gently sloping coastal area, is home to innumerable popular tourist attractions that are located in and nearby the city. Various other major destinations, which are globally known for being some of the best places to visit in South India, are situated within a distance of just few hours from Thiruvananthapuram. Easily reachable by road, one of these finest destinations in the southernmost part of India happens to be Kanyakumari. Lying at the southernmost extremity of the mainland, the city of Kanyakumari in Tamil Nadu extends is the end point of the Cardamom Hills in the south of the nation. The Vivekananda Rock Memorial, the Kanyakumari Temple and the Gandhi Memorial are some of the countless sites to visit in Kanyakumari, which is also popular internationally as Cape Comorin. 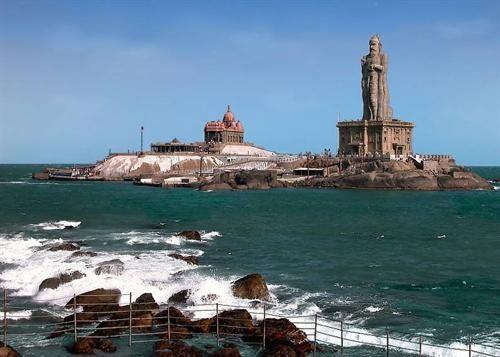 Modes of Transport for Trip to Kanyakumari

How to Reach Kanyakumari from Thiruvananthapuram