A gently undulating landscape covered in greenery greets the visitor to Thiruvananthapuram. Adding to its allure is the fact that its shores are washed by the warm waters of the Arabian Sea, on the one hand and bordering it on the other are the towering ridges of the Western Ghats. Time moves gracefully in this traditional city where culture and tradition hold sway but where modern aspects are not to be missed either. If the Sree Padmanabhaswamy Temple held the imagination of an earlier generation, Technopark figures prominently in the imagination of today’s youth. 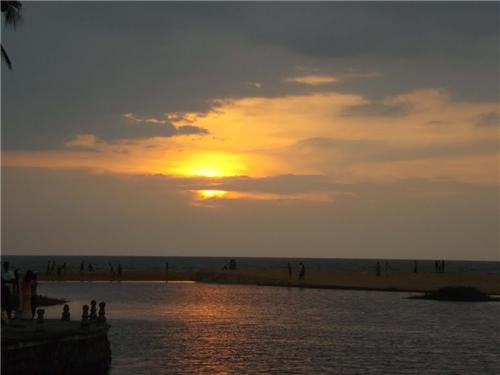 The city boasts many historic buildings and museums that make it a tourist’s delight. The visitor can spend an engaging day or many days as he or she wishes in the capital of Kerala experiencing a host of sights and sounds. A one-day tour of Thiruvananthapuram can give the visitor a satisfying glimpse of the city.

7.30-8.15 am: Traditional Keralan breakfast
Begin the day with a hearty Keralan breakfast at the Saj Lucia Hotel in East Fort. Within the walls of the fort, it’s the best place to start the tour, right in the heart of the city. Choose from such items as puttu (steamed rice power with coconut gratings) eaten with kadala curry, appam (a crisp edged pancake made with fermented rice batter) eaten with chicken or veg stew and noolputtu (string hoppers made with rice) eaten with sweet coconut milk. Savour the flavours of coconut perfectly blended with various spices. Guests can also opt for South Indian staples of idli or dosa served with chutney and sambar. Round off breakfast with a cup of filter coffee and you are fortified for the day ahead.

8.30-9.30 am: Sree Padmanabhaswamy Temple
One of Thiruvananthapuram’s main attractions, it’s a must see for all visitors. Within East Fort, the temple houses the presiding deity of the city which is that of Sree Padmanabha, an incarnation of Lord Vishnu, reclining on the serpent Anantha.

Be there for the 8.30 am darshan and have a glimpse of the temple’s elaborate rituals. After darshan, walk to the east side of the temple for a look at the Mesha Mani; a unique clock, made of out mahogany, with a man’s face on its dial and two goats on either side. Every time the clock strikes to sound the hour, the man’s mouth opens and the goats hit his cheeks. 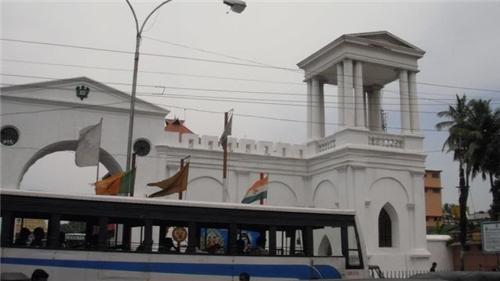 9.30-11 am: Exploring East Fort
Situated in the heart of Thiruvananthapuram, East Fort once contained the old city within its walls. It is so called because of its majestic white main entrance. Today, this is the busy throbbing heart of the city with its iconic temple, many heritage buildings and business establishments all around. Other than the Sree Padmanabhaswamy Temple, visitors can also visit the Kuthira Malika Palace, Rangavilasom and Pazhavangadi Ganesha Temple.

Marvel at the traditional architecture of the Kuthira Malika Palace and Rangavilasom with sloping tiled roofs, carved wooden pillars and courtyards. The Kuthira Malika Palace is decorated with 122 carved horse brackets which support the southern part of the roof. Twenty of the palace’s 80 rooms are open and visitors can avail of a guided tour. Artefacts used over the centuries by the royal family are displayed in a museum here. Rangavilasom was the residence of Maharaja Swati Tirunal. It has a photo gallery which displays photographs taken by Uthradom Thirunal Marthanda Varma of the House of Travancore over 70 years.

At the Pazhavangadi Ganesha Temple, the deity is shown sitting with right leg folded over the left. To be noted at the temple are 32 sculptures of Ganesha in different poses. Goddess Durga and Nagaraja are also worshipped here.

Just outside East Fort are Gandhi Park and Chalai Bazaar. Gandhi Park, especially in the evenings, provides a vantage point to view the fort. Chalai Bazaar is where everything from a pin to jewellery, fruits and vegetables and hardware and textiles are available. The entire street leading to East Fort and its by lanes are crammed with shops and vendors. Browse amidst the multitude of shops and carts and pick up some interesting souvenirs here.

11-12.30 pm: Napier Museum and Zoo
Napier Museum, another city landmark, is located 3.5 km from East Fort, further north-east along MG Road. Turn into Vellayambalam Road and admire the museum’s unique architecture, a mixture of Indian and Gothic styles. Discover a variety of rare artefacts including bronze idols, temple ornaments, ivory carvings and paintings inside the museum. It also has the Sree Chitira Art Gallery, where visitors can see some original paintings by Raja Ravi Varma, Rabindranath Tagore and Nicholas Roerich, and a zoo within its premises. Then, walk around the spacious grounds which also serve as the Botanical Gardens looking out for orchids and other rare flora. 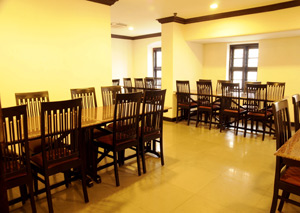 1.00-2.30 pm: Lunch at Trivandrum Hotel
Refresh and fortify yourself with a sumptuous lunch at the centrally located and aesthetically pleasing Trivandrum Hotel. Enjoy a range of traditional Travancore dishes as well as a sprinkling of other Indian dishes. Vegetarian and non-vegetarian specialities catering to a variety of tastes are served here. Feast off a banana leaf spared with many dishes or choose from such specialities as mutton biryani, tapioca with fish curry or rice with avail, a vegetable stew. There’s also traditional chicken curry, chicken fry, steamed fish and prawn fry. After all the spicy dishes, soothe the palate with a milky sweet payasam or some ice cream at the hotel’s Coco Bar. The beautifully designed government Secretariat is right opposite the hotel.

2.30-4.00 pm: Kerala Science & Technology Museum / Priyadarshini Planetarium
After satisfying the appetite, feed the mind with the wonders of science. The Kerala Science & Technology Museum near PMG Junction has ten galleries displaying more than 300 exhibits related to various scientific and engineering disciplines including mathematics, computer science, solar energy and electronics. Refresh your knowledge about the fundamentals of science and mathematics. Later, sit in the air conditioned sky theatre at the Priyadarshini Planetarium next door and marvel at the wonders of the universe.

4.00-5.00 pm: CVN Kalari Sangham
Eager to witness a martial arts performance? CVN Kalari Sangham is one of the oldest kalaripayattu training institutes in the city. Witness the training of students from a visitors’ gallery which looks onto a traditional gymnasium. 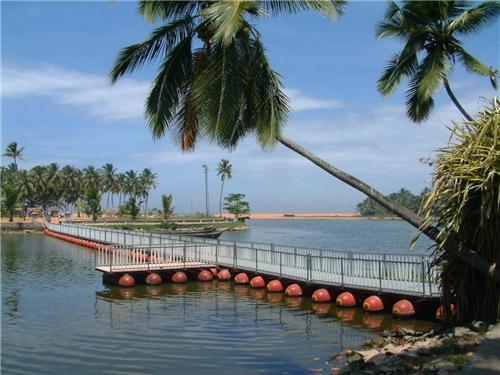 5.00-6.30: Veli Tourist Village
After a power packed performace at CVN Kalari, it’s time for a relaxed visit to the Veli Tourist Village, located on the shores of a placid palm fringed lake. It boasts lush landscaped gardens dotted with giant sculptures of sea shells and a mermaid. Unwind amidst the greenery and tranquil ambience as the day winds down to a close. There are pedal boats available on hire if you wish to go around the lake.

6.30-8.00 pm: Sanghumukham Beach
A floating bridge connects the Veli Tourist Village to the Sanghumukham Beach next door. Cross over for magnificent sunset views at the beach and feel the warm waters of the Arabian Sea wash your feet. A splendid end to a wonderful day exploring Thiruvananthapuram!