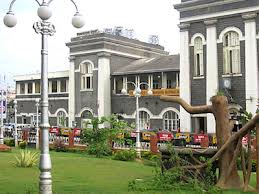 On 4th of January 1918 a rail route in Thiruvananthapuram started operating with the extension of the Madras-Quilon rail route to this city, which was the Princely State of Travancore. The terminal was built at the business centre of Chakka but the track was widened to the city centre under the supervision of the then Dewan of Travancore, M.E. Watts. In 1931, the Thiruvananthapuram Central started serving as the main terminal in the city. The station building was completed during the sovereignty of the Travancore queen, Sethu Lakshmi Bayi. On 4th of November 1931 the station building began serving as the main railway terminal of a secondary route in Thiruvananthapuram. Only rocks were used to build the station and Sethu Lakshmi Bayi transformed it into the main city terminal as a paragon to other important stations in the country. The station had then one platform and two departures on a daily basis. 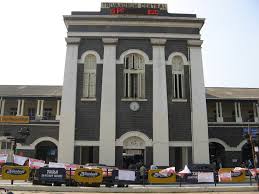 Safety and security are the primary concern of the railway authority at Thiruvananthapuram Central, the station being the oldest in Kerala to install the upgraded close circuit video surveillance at the station premises. The Railway Protection Force, also known as the RPF installed this electronic video surveillance at Thiruvananthapuram Central as an essential safety measure to scrutinize the movement of the trains and the passengers and also to improvise the security system on site. An exhaustive range of conveniences for the passengers using the station are featured at the Central Railway Station. These necessary conveniences provided at the station for the regular as well as the occasional passengers include lodging, food joints, book stores, supermarket and cyber cafes. Other updated essentialities provided for the ease of the passengers comprise of: