Sarkara is one of these famous sites within a short driving distance from Thiruvananthapuram where tourists arrive mostly for enjoying one-day tours and exploring the region in and around. Located at a distance of just 35 kilometres from the city of Thiruvananthapuram to its north, Sarkara is known far and wide for being home to a number of religious sites such as the Bhagavathi Temple and the Sarkaradevi Temple. 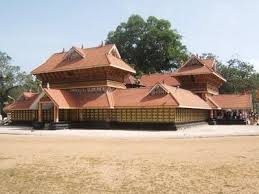 Sarkara as a religious site

Sarkara is more famous as a religious site and a great place for one-day outing, and for people interested in watching the gala celebrations of the local festivals, mostly the Sarkara Bharani and the Kaliyoot festivals, a single-day visit to Sarkara is just perfect. The Sarkaradevi Temple is religiously very significant in the southern limits of the country located in the northwestern part of the district of Thiruvananthapuram. The towns of Varkala and Attingal are situated nearby Sarkara, the city being positioned westward from Attingal at a distance of about 6 kilometres only. Sited southward from the Chirayinkeezhu Taluk, the Sarkaradevi Temple began to gain popularity as a historical site in 1748 when King Anizham Thirunal Marthanda Varma of Travancore started to celebrate the Kaliyoot festival in Sarkara.

The Kaliyoot festival and the Meenabharani festival are also some of the prime attractions in Sarkara and visitors from near and far come to watch and witness the eventful celebrations of these regional festivals of Kerala. Kaliyoot is celebrated in the month of March, which coincides with the month Kumbham according to the Malayalam calendar. It is a unique experience for the tourists in Sarkara to watch the traditional enactment of the fight between the good and evil. The conflict between Bhadrakali and Darika is enacted as a part of the Kaliyoot celebrations, in which Bhadrakali, the embodiment of good, wins over the bad being personified as Darika. Kaliyoot is the artistic representation of age-old traditions that are closely associated with agriculture and farming. The second season for harvest in Kerala is the month of Makara Koithu, which comes before Kumbham according to the Malayalam calendar. Thus Makara Koithu also coincides with the month of March and celebration of Kaliyoot at this time of the year marks its association with the rituals followed during the season of harvest in Kerala. 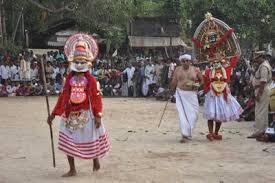