Thiruvananthapuram, located amidst grandeur and opulence of coastal beauty is one of the most popular cities in Kerala, which is found sited within easy reach of many beautiful hill stations across the region. Among these hill stations near Thiruvananthapuram, Ranni is one such scenic hilly area, which is replete with awe-inspiring natural attractions. A short drive of around 2 hours and 30 minutes is the best option for travelling to Ranni, positioned within just about 120 kilometres from the city of Thiruvananthapuram. KSRTC buses ply regularly along the road route from Thiruvananthapuram to Ranni, the cost being genuinely affordable for the occasional tourists interested in exploring Ranni. 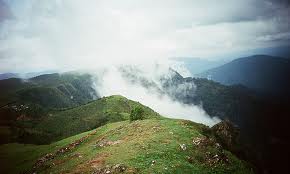 Ranni or Ranny, a beautiful region in Kerala, is embraced with the limits of District Pathanamthitta, most recently formed district of Kerala. Although the district of Pathanamthitta is widely known for being home to one of the typically visited pilgrimages in India, Sabarimala, the profusion of natural splendor in and around the Pathanamthitta District, which include the town of Ranni, are worth exploring.

The beauty of the tropical forest and three meandering streams attract visitors from everywhere. The tiger reserve in this region happens to be a primary attraction for all wildlife enthusiasts. The winter months of December, January and February are the most ideal for enjoying a visit to the charming hill station of Ranni near Thiruvananthapuram. However, sightseers who love to get drenched in the monsoon showers and enjoy exploring the luxuriant water-soaked surroundings can visit Ranni anytime from June to November. Hotels like Ranni Gate, Maharani and Yuvarani and Hotel Saroj on Main Eastern Highway and Suresh Hotel on Tiruvalla-Vennikulam-Ranni Road offer comfortable and affordable are accommodation to the visitors in Ranni.

Natural beauty in Ranni thrives across the moist deciduous, evergreen and semi-evergreen forestlands and also along the courses of the Pamba River, the Manimala River and the Achankovil River. The Pamba River has its source in Pulachimala whereas the Manimala River commences at Thattamalai Hills. Pasukida Mettu is the source of the Achankovil River. It is an unforgettable experience to explore the charm of these hilly streams flowing in and around Ranni. The third longest waterway in Kerala, the Pamba River, flows across Ranni making the setting most fascinating. Owing to the tropical climactic conditions prevailing in and around Ranni, rubber plantations also dot this entire hill region. Other crops that are usually grown here include pepper, coconut, cocoa and tapioca. An educational trip to these crop plantations happens to be the one of finest means of exploring the wide variety of flora and fauna flourishing in this region.

The Sabarimala, located in the taluk of Ranni, is a major religious attraction of the region in and around Kerala. Snuggled into the mountainous terrains of the Western Ghat range, Sabarimala is known to attract every year the maximum number of pilgrims in the whole world. Around 100 million of pilgrims travel to Sabarimala each year from different parts of the country and also the rest of the world. Hindu devotees believe it to be the meditation centre of Ayyapan, a Hindu god who killed a monstress called Mahishi. A total of 18 hills thickened with lush greeneries surround the temple of Ayyappan at an elevation of 1535 feet, Hindu temples being found in every hill of this region.