MPs and MLAs from Thiruvananthapuram 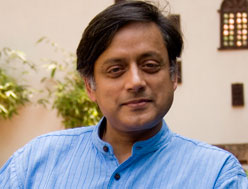 Shashi Tharoor (b. 1956) is a well-known writer who also had a long innings at the United Nations as Under-Secretary General for Communications and Public Information. He resigned from his position following his unsuccessful candidature against Ban Ki-moon, who is the current Secretary General. He joined the Indian National Congress in 2009 and stood for election from Thiruvananthapuram from where he was elected with 326,725 votes. He served in the Cabinet as Minister of State for External Affairs and later as Minister of State for Human Resources Development.

After his education in India and at Tuft’s University in the United Sates, Tharoor began his career at the United Nations as a staff member at the UN High Commission for Refugees in Geneva. He was later Special Assistant to the Under-Secretary General for Political Affairs, Director of Communications and Special Projects. Tharoor has authored many books including The Great Indian Novel, The Elephant, the Tiger and the Cellphone, Bookless in Baghdad and the Riot.

Thiruvananthapuram is represented by 11 MLAs in the Legislative Assembly which has a total of 141 members. Kerala state was formed by merging the areas of Travancore, Cochin and Malabar in 1956. The New Legislature complex was built in 1999. Elections were last held in the state in 2011. The most important political parties in the state are the Communist Party of India, Indian National Congress, Indian Union Muslim League and the Kerala Congress. The MLAs from Thiruvananthapuram are:

Explore more about About Thiruvananthapuram