A number of literary and cultural festivals are organized in Thiruvananthapuram (earlier known as Trivandrum) - The evergreen city of India. Most of these are planned every year. These festivals include:
The city of Thiruvananthapuram also boasts of Russian Cultural Centre, Gothe Institute and Alliance Franchise. These institutions welcome cultural ambassadors from the respective countries which enables them to know about Indian culture and its heritage.There is the Kanakakkunnu Palace in Thiruvananthapuram where most of the cultural performances take place. 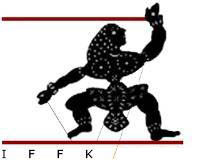 This festival is held every year in Thiruvananthapuram (Capital city of Kerala) during months of November-December. Films are displayed to film lovers who attend the festival from all over the globe.

International Film Festival of Kerala (IFFK) is referred to as Anthardeshiya Chalachitrolsavam Keralam. Many foreign and national films have premiers at this festival!

Competition section comprises of 14 chosen films which have been produced in Asia, Africa or Latin America. This competition section was added to the festival in the year 1999. Well, there is another section for popularizing local dialects as well! In the festival, there is a section pertaining to Malayalam Cinema. This is not all! The Chalachitra Academy also organizes International Documentary and Short Film Festival of Kerala.

Many Film Societies in Kerala owe their formation to this film festival as the festival served to generate interest in films of all kinds - serious films, classics from all around the world etc. Also, discussions on diverse aspects of cinema and circulation of pamphlets containing information about famous film-makers too became common place. 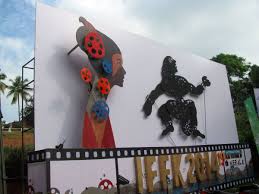 The festival commenced in the year 1996. It is organized by Kerala State Chalachitra Academy on behalf of Department of Cultural Affairs, Government of Kerala.

The first International Film Festival of Kerala was organized in Kozhikode in the year 1996. Do you know that this film festival was organized as centenary celebration (completion of 100 years) of cinema! What's more! Well, 100 films were screened to mark this historical occasion.

The Kerala State Film Development Corporation (KSFDC) took the reins of organizing the festival till 1998. However, after the formation of Kerala State Chalachitra Academy, the responsibility came over the Academy which has being doing a commendable job for many years now. The Academy makes arrangement for many other related activities in order to popularize cinema.

The festival enthused people towards cinema of all types and also resulted in culture-exchange programmes through embassies. Film societies even got copies of films from archives and made common man interested in the art of film making.

You will be amazed to learn that this is perhaps the only festival which is screened for jail inmates, residents of Juvenile home (Poojappura Central Jail, Thiruvananthapuram) and Sri Chitra Poor Home. Does it come as a surprise that this interesting and unique festival enjoys recognition from FIPRESCI (Federation Internationale de la Presse Cinematographique) and the NETPAC (Network for the Promotion of Asian Cinema). Very unique and unknown films are selected for screening in this festival. 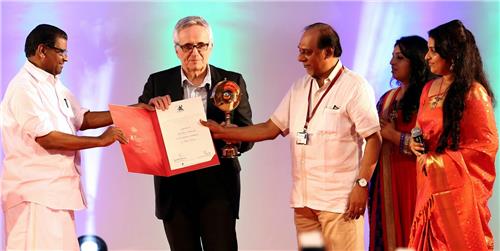 There are awards belonging to various categories of film production and film making. There are awards for Film directors, Film Producers, debut director, best feature film etc. These films are judged by a panel of eminent judges. Some of these awards are also given after selection through voting by festival delegates, selected by audience or chosen by the Fédération Internationale de la Presse Cinématographique (FIPRESCI). Also, there are awards for Malayalam films too at the festival.

Cinema is a powerful medium and reaches out to a large section of people. There is a proposal for Central Theatre Complex for IFFK too.This annual festival in Thiruvananthapuram will go a long way to popularize good cinema.