Thiruvananthapuram has a long and rich history as a flourishing trade centre and especially as the capital of Travancore. It is believed that Poovar close by was an ancient port known as Ophir with trading links with ancient Greece and Rome. The city is littered with the remnants of the past, the most important being the Sree Padmanabhasawamy Temple. In fact, the rulers of Travancore ruled their kingdom in the name of the presiding deity of Thiruvananthapuram. The maharajas of Travancore left their impact on the city and it can be felt to this day in many monuments, temples and palaces as well as modernization of the city in the early 20th century. Known as Trivandrum till 1991, the city's original name of Thiruvananthapuram was restored to it thereafter. 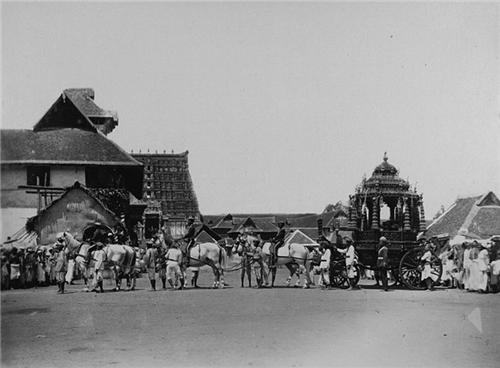 Since time immemorial Thiruvananthapuram has been home to Sree Padmanabhaswamy Temple which is intrinsically linked to the city’s roots. The earliest dynasty to have ruled the region were the Ays who reigned during the classical Sangam Age in South India. They were followed by the Cheras who prospered due to trade with West Asia and the Greeks. The kingdom of Venad emerged in the 12 century and existed here till the 16 century. Trade prospered and the importance of Thiruvananthapuram grew. The House of Venad gradually merged with the House of Travancore, which had gained prominence and in the 18th century was finally succeeded by the latter with the ascension of Marthanda Varma.

Reign of Marthanda Varma in Thiruvananthapuram

Marthanda Varma ruled from 1706 to 1758 transforming Travancore, which till then extended only from Attingal to Kanyakumari. He crushed the feudal lords who held sway, modernized the kingdom’s army and strengthened the naval fleet. The Battle of Kolachel in 1741, when the Dutch were defeated, was the turning point in his reign. Travancore’s northern limits were expanded and forays south by the Zamorin of Calicut were repelled. Marthanda Varma also signed treaties with Cochin, Quilon and Kanyakulam. By the time of his death the limits of Travancore covered all of today’s southern Kerala and most of central Kerala. He was succeeded by Karthika Thirunal Rama Varma. 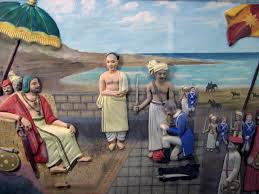 The East India Company established its first fort in Kerala at Anjengo near Varkala in 1684. Bargaining for trade concessions went hand in hand with supporting one local power against the other. After the invasion of Tipu Sultan’s forces and their eventual retreat, Travancore under Rama Varma signed a treaty with the East India Company in 1795 which guaranteed its protection. A resident and troops were installed in the city. They soon suppressed a rebellion by the prime ministers of Cochin and Travancore and restored the authority of the maharaja of Travancore. The native army of the kingdom was all but dissolved and it was the East India Company which undertook to protect Travancore from internal rebellion and external invasion. At the behest of Lord Dalhousie the practice of mahadanams, which had led to a lot of wasteful expenditure, ceased in Thiruvananthapuram. The first English school was opened in Thiruvananthapuram in 1834, followed by a hospital and an observatory.

Thiruvananthapuram as Seat of Culture and Learning 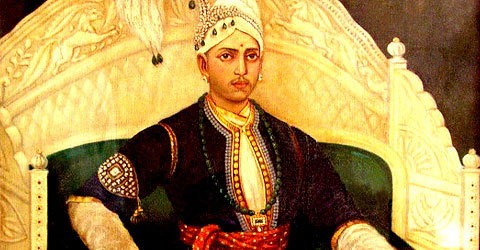 It was during the reigns of Swathi Thirunal Rama Varma (1829-1846) and Ayilam Thirunal Rama Varma (1860-1889) that Thiruvananthapuram reached the height of its glory as a seat of culture and learning and as a model state. The Government Press and Public Library were established in the city followed by the University College in 1873 and later the Sanskrit College, Ayurveda Collage and Law College. Swathi Thirunal was a patron of the arts and a musician himself with many of his compositions popular even today. He founded many schools and started legal reform. Modern medicine and engineering were also introduced in Thiruvananthapuram. Many land disputes were settled and the first census in the kingdom was undertaken. His good work was continued by his successors and as a result of which the first elected legislative assembly in India, the Sree Moolam Assembly, came into being in 1904. Thiruvananthapuram Municipality was established in 1920.

The city began to take its steps into the modern era under the reign of Chitira Thirunal Balarama Varma (1931-1949). He took steps to establish the University of Kerala as well as begin industrialization. Thiruvananthapuram Municipality became a corporation in 1940. Social reform began in earnest with the Temple Entry Proclamation of 1936 which allowed the so called untouchables to enter temples. He also oversaw Travancore joining the Indian Union.

Thiruvananthapuram the Capital of Kerala

After Travancore joined the Indian Union, Thiruvananthapuram became the capital of the state of Travancore-Cochin. The reorganization of states in 1956 saw the formation of Kerala, uniting the erstwhile kingdoms of the north and south. Thiruvananthapuram was the city of choice as the capital of the new state. The establishment of the Thumba Equatorial Rocket Launching Station and the Vikram Sarabhai Space Centre as well as many cultural institutions and, recently, Technopark reaffirms the city’s preeminence as a city of culture and learning. The new Legislative Assembly building, built in 1999, is one of the landmarks in the city. It is a five-storied complex with elements of traditional Keralan architecture. Its interiors have paneling in rosewood and teakwood.