Traditional Keralan cuisine is robust and wholesome and as to be expected in the land of spices, flavoured with a variety of spices. The cuisine boasts of many unique dishes using ingredients found in abundance locally including coconut, fish, banana, jackfruit, jaggery and rice. Delicious food is an integral part of every festival and celebration in Thiruvananthapuram. 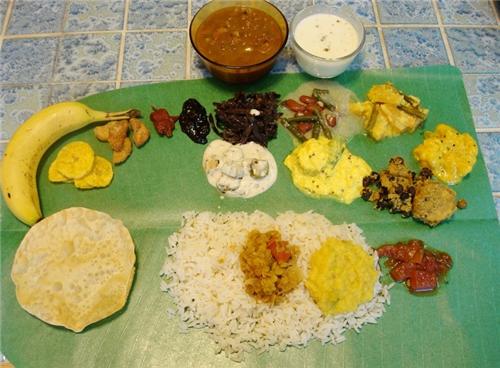 The main festivals celebrated in Thiruvananthapuram are Onam, Vishu and Attukal Pongala and food is an integral part of these celebrations. Usually celebrated in August-September, Onam marks one of the most important days in the calendar. It celebrates the return of the mythical Mahabali after he was banished from his kingdom by Vishnu. The day is full of ritual symbolism with a grand feast or Onamsadya holding centre stage. A traditional banana leaf spread comes with rice served with a variety of spicy coconut curries including aviyal, different thorans and olans, pachidi, and finally payasam to round off the meal. It is best to bag an invitation to a friend’s home to relish Onamsadya in all its glory!

Vishu is a harvest festival that heralds the traditional New Year in Kerala and is usually celebrated in April. Various rituals and an elaborate feast form part of the festivities. Attukal Pongala is celebrated by devotees of the Goddess Bhagavathy in February every year. In what is a sight to behold, thousands of women gather near the Attukal Bhagavathi Temple early in the morning and prepare an offering made out of rice, jaggery, coconut and banana. 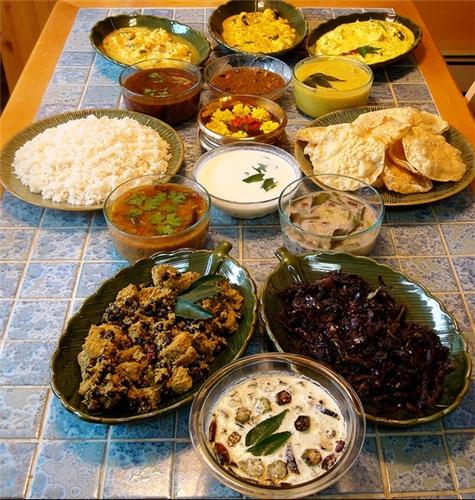 Onamsadya is much looked forward to every year. But people in Thiruvananthapuram have an appetite for other cuisines as well. Supplementing the traditional vegetarian food are a variety of fish and meat dishes popular in central and north Kerala. These include Malabar biryani, green mussel dishes, egg curry, fried prawns, crab curry, beef fry, chicken curry and steamed fish. Many of these are often eaten with baked tapioca and parottas. Stews with chicken and mutton are eaten with rice preparations of appams, kallappams and vellayappams.

North Indian, Chinese and Arabian are the other popular cuisines to be found here. Most North Indian food runs the gamut of staples such as dal fry, dal makhani, palak paneer, paneer butter masala, malai kofta, dum aloo, aloo paratha, kebabs, kkichdi, parathas and kulchas. Chaat is also served in a few places though not as typical street corner food. Many restaurants in Thiruvananthapuram are multi-cuisine and offer a Chinese section too with staples of gobi manchurian, Szechuan chicken, chopsuey, fried rice and noodles. Arabian cuisine is also popular in the city and many street food outlets offer shawarma and falafel. At restaurants at the five-star hotels, one can savour exotic cuisines such as Mediterranean, American barbeque, European and Asian. 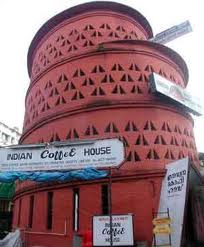 Indian Coffee House in Thiruvananthapuram is an institution in itself. Designed by the architect Laurie Baker in the form of a spiral ramp, it is a landmark in Thampanoor. It uses the architect’s trademark exposed brickwork and jaalis, instead of windows, and has a central circular service area with concrete tables and benches abutting the outside wall. The tables rest on brick arches and seats of adjoining spaces and back to back. The menu here is typically Coffee House with omelettes, sandwiches, dosas and cutlets. A variety of other cafes can be found around the city. Fast food outlets such as Domino’s, Pizza Corner and Subway offer usual favourites.

For an off-the-beaten-track culinary experience, one can try the kallu kada or toddy shack outside the city in and around Kovalam. Spicy fish and meat dishes are served with fresh toddy, sap of the coconut palm, in rustic surroundings.

Trivandrum Hotel: Right opposite the Secretariat, Trivandrum Hotel specialises in Travancore cuisine with vegetarian and non-vegetarian dishes. Many of the dishes are based on grandmother’s recipes and have been made to specific instructions ever since the hotel opened its doors. The décor is traditional Keralan.