Festivals and Fairs in Thiruvananthapuram

Thiruvananthapuram’s calendar is busy with various festivals and fairs throughout the year. Apart from the traditional festivals of Onam, Vishu and Attukalapongal, cultural enthusiasts are busy with such events as the Swati Sangeethotsavan, Nishagandhi Dance Festival, Soorya Dance and Music Festival, Kovalam Literary Festival and the International Film Festival of Kerala. 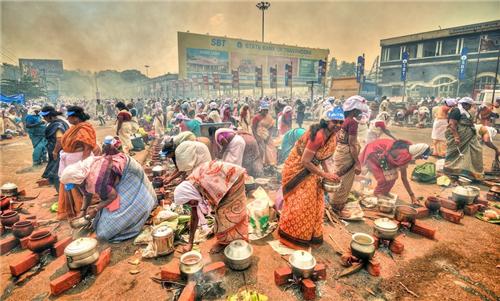 The Nishagandhi Dance Festival, which showcases various dance forms from all over India, is held every year in January at the Kanakakunnu Palace and organised by the Tourism Development Corporation. Dances are performed here in an open air setting, ideal for the audience to immerse themselves in an ambience of swara, raga and laya. It showcases the best of classical dance from all over India. Specially choreographed dance shows, often fusing such dances as Mohiniattam, Kathak, Bharatanatyam and Manipuri, are also part of the cultural extravaganza.

The Soorya Dance and Music Festival is held for ten days every October and showcases different dance styles performed by renowned dancers from all over India. It is Asia’s longest dance and music festival, lasting for 75 days, and is the brainchild of Soorya Krishnamoorthy.

The Swati Sangeethotsavan has hosted such musicians such as Balamuralikrishna, Mysore Manjunath, Malladi Brothers, Sanjay Subrahmanyam and Bangalore Praveen. 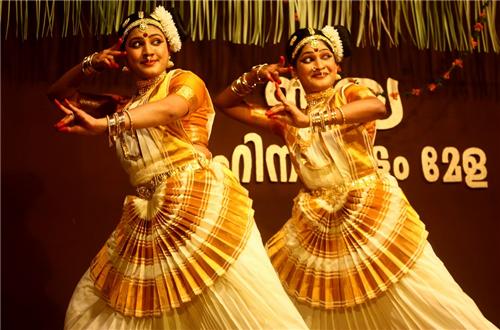 The Navaratri festival at the Sree Padmanabhaswamy Temple also sees many renowned musicians from all over the country performing to an eager audience, It takes place during Dusshera and is held in honour of Goddess Sarawathi, with each performance is held between 6 and 8.30 pm every day of the festival.

Launched in 2008, the Kovalam Literary Festival is held every October for two days and sees writers and lovers of literature from all over the country attending it. It includes 15 sessions chaired by eminent writers, giving a glimpse into the minds behind English Indian writing. The fifth edition of the festival was held in New Delhi too. Book lovers can look forward to the DC Book Fair and Trivandrum Book Fair held in March and December every year. National and international publisher participate in these book fairs which showcase the latest titles in English and Malayalam.

International Film Festival of Kerala is held in Thiruvananthapuram every November-December and screens Indian and international films belonging to different genres. Its various sections include contemporary world cinema, new Malayalam cinema, retrospectives, tributes to film legends and short films and documentaries. Seminars and trade shows are also part of the event. 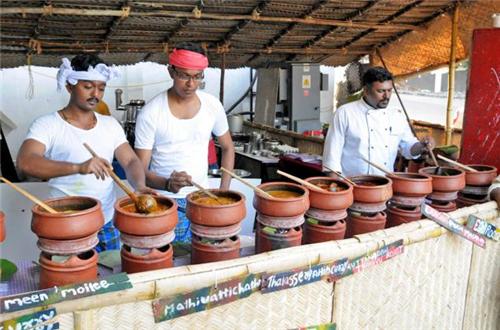 The Village Fair is another popular venue in Thiruvananthapuram. Visitors can experience traditional life in the old days in a village recreated with a traditional mansion (nalukettu), temple, houses and marketplace showcasing handicrafts and handlooms. Various dance performances enliven the scene.

During Onam, a host of fairs and exhibitions make it the perfect time to pick up handicrafts and handlooms. These exhibition display the bets of Kerala’s handicrafts including coir products, Aranmula mirrors, metal lamps, pottery, bronze and stone statues, jewellery and sarees. Other state emporiums too put up stalls displaying their products.

Thiruvananthapuram is the final stop in the Great Elephant Race which begins in Thrissur and passes through Kochi and Allapuzha. Caprisoned elephants march for four days, accompanied by folk performances and boat races, ending with a barbeque at Kovalam. It is ideal for visitors who want to experience a slice of Kerala in a short span.