Mohiniattam is Kerala’s own classical dance form and one of the eight recognized by the Sangeet Natak Academy. Supposed to have originated in the 16th century, it took its final shape during the reign of Maharaja Swati Thirunal who wrote compositions for the dance. The Kerala Kalamandalam played a key role in popularising Mohiniattam in the 20th century. 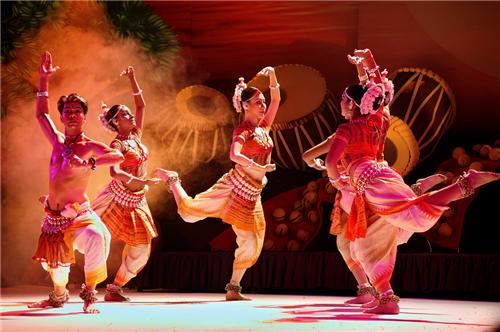 Mohiniattam, which means ‘dance of the enchantress’, consist of a series of graceful swaying movements set to music. Expressive eye movements and feet postures are central to the dance. The dancers follow the descriptions of various movements as set out in the Hastha Lakshanadeepika. They wear a white, gold-bordered saree and adorn themselves with gold jewellery and jasmine flowers. The lyrics accompanying the dance are a mixture of Malayalam and Sanskrit.

Kathakali is a classical dance drama that is also popular in Thiruvananthapuram. It displays elaborate costumes, make-up and movements that combine to create a dramatic effect on the audience. It is said to have been created in the 17th century by the raja of Kottarakarra and incorporates elements from various indigenous dances. It usually enacts stories from the Mahabharata and various other classical texts, set to Carnatic music. Traditionally, performances begin at night and end in the morning and require a lot of stamina and concentration. 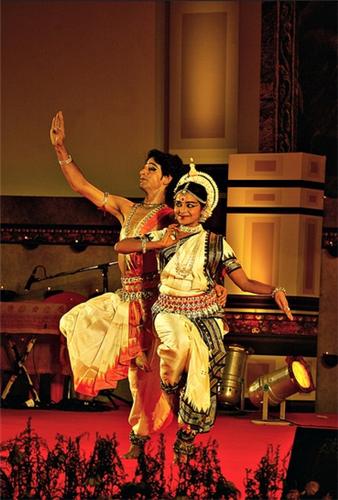 Putting on make-up by the Kathakali actor is a ritual in itself. The colour of the make-up denotes the essence of the character the actor is playing, being broadly defined into green, black, red, white and yellow for noble, greedy, evil, virtuous and illustrious characters. Modifications of these basic colours define various characters.

Kerala Nadanam is a new dance form that has evolved from Kathakali. It has been created by the dancer Guru Gopinath and his wife and is characterized by dramatic gestures and facial expressions. It can be performed solely, in a group or as a dance drama.

Apart From Mohiniattam and Kathakali, other dance forms popular in Thiruvananthapuram include Bharatanatyam, Kuchipudi, Kathak and Odissi. The popularity of Bollywood and western dances such as salsa is also spreading with many children attracted to these dances.

The Nishagandhi Dance Festival, which showcases various dance forms from all over India, is held every year in January at the Kanakakunnu Palace and organised by the Tourism Development Corporation. Dances performed here include the classical dance forms as well as folk dances. The dance festival allows the audience in Thiruvananthapuram to immerse themselves in the world of swara, raga and laya for a week. The Soorya Dance and Music Festival is held for ten days every October and showcases different dance styles performed by renowned dancers from all over India. Soorya also organizes Parampara, a talent search for young dancers every year. During festivals, Kerala’s classical dances are showcased as well dances by various other communities such as dandiya raas by the Gujarati community in Thiruvananthapuram.

Many dance schools in the city offer programmes in Indian classical as well as western style dancing. Prominent among these are the Noopura Institute of Classical Dance and Music, Nirthasree Dance Academy, Nakshatra Dance School, Kaalangan and Souparnika. The Daksha Seth Dance Company, located just outside the city, is devoted to the promotion of contemporary dance. It travels the world with its shows and offers contemporary dance aficionados in Thiruvananthapuram.