Home to pictorial beaches, scenic backwaters, modern wonders and historic architectures, the city of Trivandrum, known widely as Thiruvananthapuram, is one of the most exotic destinations in Kerala. Each and every attraction in the city is worth exploring, which are quite popular among the tourists coming here from different parts of the country and across the international boundaries as well. Many of these favourite sites in Thiruvananthapuram are ideal as picnicking venues for single day visits. Anchuthengu is one of these favourite picnic spots in Thiruvananthapuram positioned within 40 kilometres of the city to its north. Sited along the shimmering coastline of the Arabian Sea, Anchuthengu is widely known for its historical significance. Exploring the historical splendors amidst opulence of nature is one of the most interesting activities much enjoyed by the picnickers at Anchuthengu. 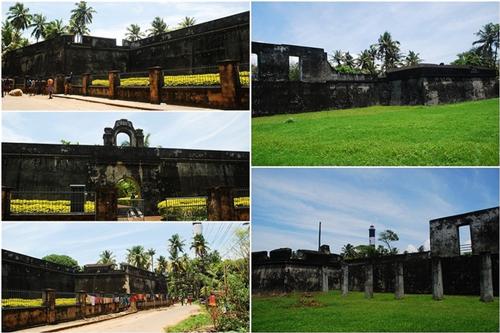 Anchuthengu Fort and its vicinity

In 1695 the English East India Company set up its first settlement in the Malabar coastal region at the town of Anchuthengu, which is also commonly known as Anjengo. This area primarily served as a Portuguese base in close proximity to Varkala along the route that linked Thiruvananthapuram with Kollam. The ruler of Travancore first chartered the land limited by five coconut trees to the British East India Company for business and trading. The existence of the historic fort at Anchuthengu till day bears the evidence of the wide number of invasions that it witnessed.

Holy Spirit an old Christian Church is sited in Mampally as a major tourist attraction for the picknickers at Anchuthengu. St. Francis Xavier founded this historic church in 15th century. The architectural style of the colonial era is reflected in the designs of the historical buildings located nearby. There are various other ancient churches apart from the 15th century church located in vicinity that showcase the old Portuguese architectural patterns. 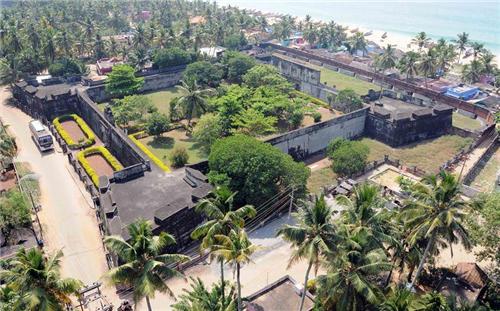 These historic structures along with the century-old lighthouse are attractions here that are worth exploring. A visit to the graveyard that houses the old resting places of the Portuguese and the British people thrills the picnickers at Anchuthengu. The air force station is an interesting site to be visited on a one-day tour to Anjengo. Visitors at Anchuthengu Fort can also enjoy a boat ride to the Veli Tourist Village by hiring a boat from the boat club situated on site. The historical association of the Anchuthengu fort dates back to the period when the British forces used this fort as a major base for fighting the royal army of Mysore during the Anglo-Mysore War.

Sites to Explore in Anchuthengu

The sun-soaked beach that borders the Anchuthengu Fort is pictorial and serves as a perfect spot for picnicking especially for the beach lovers. Exploring this beach that thrives with local fishing vessels is a great experience. The picturesque sight of the fishing nets spread over the seething sand by the local fishermen also fascinates the picnickers here. The visitors at the Anchuthengu Fort can also opt for a short trip to the Kaikara village, which is situated in close proximity to the fort. The renowned 19th century Malayalam poet Kumaran Asan was born in this village.