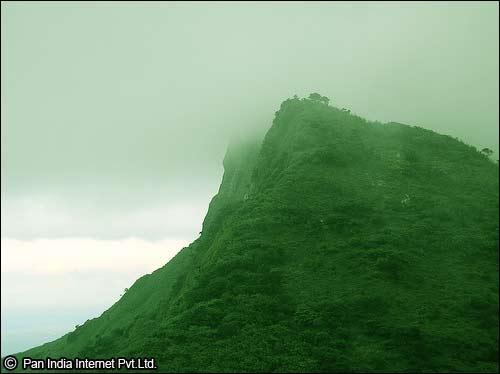 Agasthyakoodam Peak is a part of the Sahayadri range of the Western Ghats. This is a well known place visited for the Buddhist as well as the Hindu Devotees as Bodhisattya Avalokiteswara and Sage Agasthya form part of the legends attached to higher grounds. Agasthya Koodam is furthermore renowned for the rich and uncommon medicinal herbs, plants and diverse colored orchids. 23 kilometers of the hills were established as the Agasthya vanam Biological reserve in the year 1992, where the aim was to use it for the learning purposes as well as to restore the flower bed to its common glory.

It is a haven for rare herbs and medicinal plants; the famous Neelakurinji bloom which blooms only one time in twelve years is discovered here. The Thamirabarani stream originates from the eastern side of this high ground and flows into the Tirunelveli of Tamil Nadu. The season from December 2nd week in February is suggested for trekking for which a forest overtake has to be got from the Wildlife Warden, Forest Dept., P.T.P.Nagar, Thiruvananthapuram.

Agasthyakoodam, also renowned as, Agathiyar Malai or Agasthyarkoodam or Agastya Mala, is one of the largest peaks in the Western Ghat with a height of 1,868-meter inside Neyyar Wildlife Sanctuary in Trivandrum and Tirunelveli Districts of India. The mountain, lying on the boundary between Kerala and Tamil Nadu, is a pilgrimage center for devotees of the Hindu sage Agastya, one of the Saptarishi of Hindu Puranas. It is accepted that when Lord Rama was tired of fighting Ravana, Sage Agastya notified him to recite the Aditya Hridayam Sloka, this gave Rama the energy, bravery and conviction to conquer the demon monarch Ravana.

The Tamil dialect is said to be a boon from Rishi Agasthya. There is a figurine of Agasthya at the top of the peak where devotees offer pujas to rishi. Women are not permitted up the top. As people believe that the sage Agasthya was a bachelor, and so the indigenous here dislike if am outsider woman makes entrance into the shrine area.

Agasthyakoodam is conspicuous for its size and isolation when seen from a distance. Apart from other hill stations in the country, Agasthyakoodam is not a popular picnic location to walk round. It is home for a number of rare and threatened medicinal plants and herbs. The fauna here include wild elephants, sloth bear, gaur and Nilagiri Tahr. With its wealthy flora and fauna Agasthyakoodam is now becoming popular among the ecotourists and environment lovers. Virtually untouched by human intervention, this high range spot still houses the uncommon flora and fauna for posterity. Far from the picnic spot, for a casual tourist, Agasthyakoodam presents the perfect setting for those who love to experience nature in its sublime serenity. It is a perfect place for hard treks and jungle camping.

How To Reach Agasthyakoodam Peak

December to April months are the best season to have the trekking and is a distance of 28 kms to the top. Here trekking is permitted only between December and April  months and it normally takes two days.