A gracious and evergreen city spread over seven hills, Thiruvananthapuram, capital of Kerala, is steeped in history and culture. Located in the extreme south of the state, its shores are washed by the warm waters of the Arabian Sea. This is a city where time moves gracefully with the day unfolding according to time honoured rhythms, qualities which make it one of the best cities in the country. Holding fort in the heart of the capital is Sri Padmanabhaswamy Temple which is dedicated to Lord Vishnu who reclines on the serpent Anantha and after whom the city is named. Formerly called Trivandrum, the city’s original name was restored in 1991. 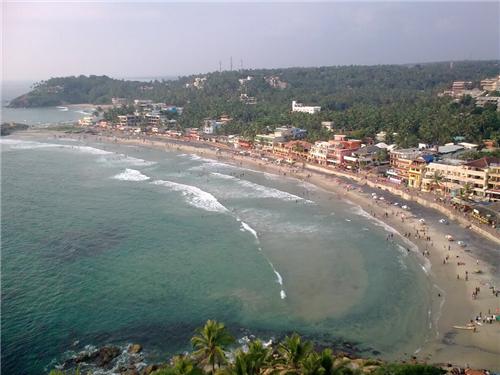 As the visitor moves around the city he or she cannot fail to notice many traditional elements of Kerala culture that have been passed down from generations. From temple elephants swaggering down a street to traditionally dressed women and men as well as people eating off banana leaves, the sights are many and often found only in this part of the country.

Thiruvananthapuram is cutting edge too. The city occupies pride of place in India’s space research programme and is home to the Indian Space Research Organisation (ISRO) and the Vikram Sarabhai Space Centre as well as several other institutions such as the Rajiv Gandhi Centre for Biotechnology, Technopark and the Indian Institute of Information Technology and Management. Students from all over Kerala make a beeline for its many colleges and professional institutes to advance their prospects.

This salubrious city is today a magnet for tourists, businessmen and professionals. For many of them it captures the essence of Kerala and is an ideal springboard from which to venture into the rest of the state. The city sprang into the nation’s consciousness in 2011 with the discovery of a hoard of treasure at Sri Padmanabhaswamy Temple. Hundreds of valuable items had accumulated over the centuries as gifts from the rulers of Travancore to the temple and is said to be worth over Rs 1 trillion. A rich legacy indeed! 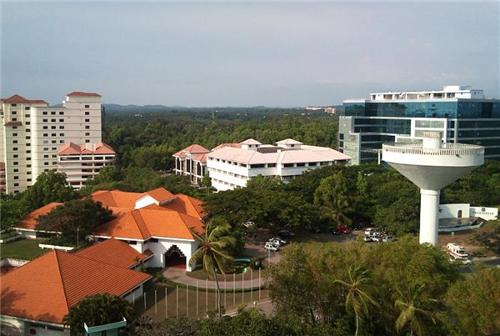 Thiruvananthapuram traces its history back to time immemorial. It is said the ancient kingdom which was located here, identified as today’s Poovar and which was known as Ophir, had trade ties with Solomon’s kingdom and exported spices, ivory and sandalwood. It was ruled by the Ay Dynasty with roots in today’s Tamil Nadu. They were overpowered by the rulers of the neighbouring kingdom of Kollam who ruled Thiruvananthapuram for many centuries. They in turn were defeated by Marthanda Varman of the House of Travancore in the 18th century. He made Thiruvananthapuram the capital of his kingdom. It was during this period that the city saw its heyday, when Maharaja Swathi Thirunal reigned here and it became a centre of art and culture. After Independence and the formation of Kerala, Thiruvananthapuram was elected to be the capital of the new state.

Thiruvananthapuram’s topography constitutes of many low-lying hills. Geological Survey of India ahs identified it as the moderately earthquake-prone zone.
Read More about the Geography of Thiruvananthapuram

Along with the rest of Kerala, Thiruvananthapuram has experienced a tourism boom.

Eating Out in Thiruvananthapuram

In the land of spices, foodies can try out every sort of spicy vegetarian or non-vegetarian dish. They can indulge in a traditional spread with spicy coconut curries eaten on a banana leaf, have a quick meal by a wayside restaurant or munch on savoury snacks on the beach. Sea food lovers can have their fill of fish, crab, mussels or prawns, curried or fried. Thiruvananthapuram also offers a variety of other cuisines to suit different palates including North Indian, Chinese, Continental and fast food. Most of the restaurants are centrally located in the city or can be found near the popular beaches.

A wide variety of handicrafts and textiles makes shopping a pleasure in Thiruvananthapuram. Visitors can pick up typical and unique Kerala artefacts in wood, metal and coir, sold all over the city, as souvenirs to take back home. Various shopping complexes sell a range of consumer products.

How to Reach Thiruvananthapuram

Thiruvananthapuram is easily accessible by road, rail and air. NH 66 passes through the city connecting it to Kanyakumari, Kochi, Kozhikode, Mangalore and Mumbai. Indian Railways connects the city to major cities in the rest of the country including Bengaluru, Chennai, Hyderabad, Mumbai, Delhi and Dibrugarh. Thiruvananthapuram International Airport hosts flights from the metros as well as countries such as Singapore, Maldives, Sri Lanka and Dubai.